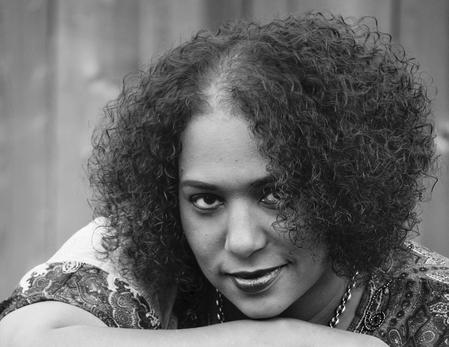 Lyric-soprano, Jaunelle Roberta Celaire enjoys a musical career as a teacher, soloist, conductor and performer. Born in Toronto, Ontario, Canada, Dr. Celaire is internationally known; performing music that ranges from cabaret to music theatre to solo recitals to opera. She has made solo appearances with the Maumee Symphony Orchestra and the Lima Symphony Orchestra in Ohio. Other appearances include the University of Michigan Symphony Band, as Musetta, in La Bohême, and the University of Michigan Symphony, premiering the role of the Old Woman, in a One Act Blues Opera, De Organizer by James P. Johnson, performed at Orchestra Hall in Detroit, Michigan. She made her debut with the Fairbanks Symphony Orchestra in Fairbanks, Alaska, in April 2004, singing the soprano role in Orff’s Carmina Burana, and sang Micaela in Bizet’s opera, Carmen in April 2005. Her many singing roles include, Laurie in Rodger & Hammerstein's Oklahoma and as Lady Mabelle in Once Upon a Mattress; as Lavina in Mozart's The Goose from Cairo, as Susanna in The Marriage of Figaro, and as Pamina in The Magic Flute; as Dido in Purcell's Dido & Aeneas; as Mrs. Hayes in Carlisle Floyd's Susannah; as Anna Gomez in Menotti's The Consul; and as the Bystrousky in Jánacek's Pøíhody Lisky Bystrousky, performed in Czech.

While a student, Celaire was involved in vocal competitions at regional and state competitions of the National Association of Teachers of Singing, placing 1st place in the junior, senior, and advanced woman categories. She has also taken the stage in concerto/aria competitions, placed first in the 40th Annual Young Artist Competition in Ohio and took the stage in the Marjorie Petit Conrad Art Song Competition and awarded the “Excellence in Voice Performance Award” as well as the “Letter of Continuing Merit”. Her singing roles have been described as “producing an intense presentation along with a rich and beautiful lyric sound”.

Although Dr. Celaire maintains an active schedule, performing, teaching and conducting, she remains dedicated to her private studio. Her students have been successful at institutions, such as, the Royal Northern College of Music in Manchester, England and several major opera apprenticeship programs across the country. Through constant participation in the NATS Chapter in Alaska, her studio claims the winners of the annual NATS Competition in Anchorage, Alaska.

In August of 2003 Dr. Celaire joined the University of Alaska Fairbanks voice faculty. Dr. Celaire is a continuing Guest Artist to the Fairbanks Summer Arts Festival and the Rio International Cello Encounter in Rio de Janeiro, Brazil. She is a member of the National Association of Teachers of Singing and of the College Music Society. Dr. Celaire holds a Bachelor of Arts degree in Voice Performance from Anderson University, a Master of Music degree from Bowling Green State University, and a Doctor of Musical Arts degree from the University of Michigan. Her teachers include Greta Domenic, Myra Merritt and George Shirley.